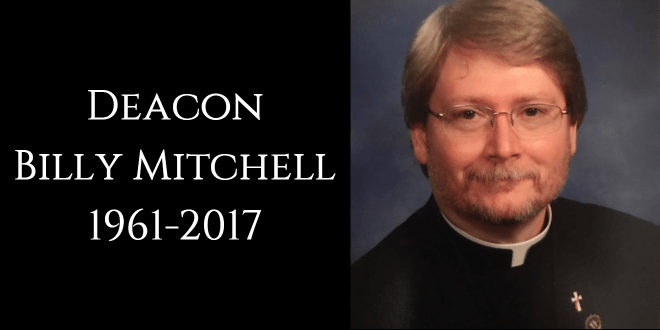 Deacon Mitchell died June 28 in Lufkin. He was 55.

Rev. Mitchell was born Dec. 22, 1961 in Cheyenne, Wyoming, to Barbara (O’Briant) and Frank Mitchell, but lived in Lufkin most of his life. He was a Registered Nurse and worked for New Century Hospice.

He was a Fourth Degree Knight of Columbus.

Interment was in Immaculate Conception Cemetery in Moral.

The family has requested that memorials be made to the Monastery of the Infant Jesus, 1501 Lotus Lane, Lufkin, Texas 75904.