A Mass of Christian Burial officiated by Most Rev. Joseph Strickland will be held at St. Anthony Catholic Church in Longview at 10 a.m. on Monday, Feb. 4 followed by interment at Rosewood Cemetery in Longview. 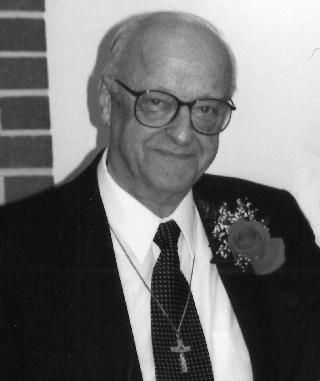 Deacon Pipak was born in Latrobe, Penn., on April 25, 1928, to his parents John Michael and Anna Susan Pipak. After high school he served as a sergeant in the 7th Cavalry Division of the US Army, and was stationed in Japan during the Allied occupation after WWII. While serving his country, he continued his love for baseball; it was the beginning of playing for various minor league teams with a no-hitter to his credit on June 15th, 1953. While playing ball, he met his wife of 66 years, Gloria Dean Pierce. They soon settled in Longview where he was employed by Eastman Kodak for 38 years. He passed on his passion for baseball by coaching many youth and American Legion baseball teams.

He was ordained as Deacon for the Diocese of Tyler and served in that capacity for 31 years at St. Anthony Catholic Church. He was admired and loved by all who knew him and was a role model of true faith and family dedication.

Deacon Pipak was preceded in death by his parents, and his brothers Andrew, Frank, Richard and his sisters Mary Hanushovsky, Pauline Guzik, and Helen Palko, his son David and nephew, Jason Pierce. Those left to cherish his memories are his beloved wife, his sister Nancy Tripoli, his children Joseph R., Jr. (Lisa), Elizabeth Dukes, Steve (Stacey), Daniel (Lynne), and Julie Pipak, daughters-in-law, May Pipak and Melody Pierce and brother-in-law Richard Pierce.

In lieu of flowers, contributions can be made to St. Anthony Catholic Church.