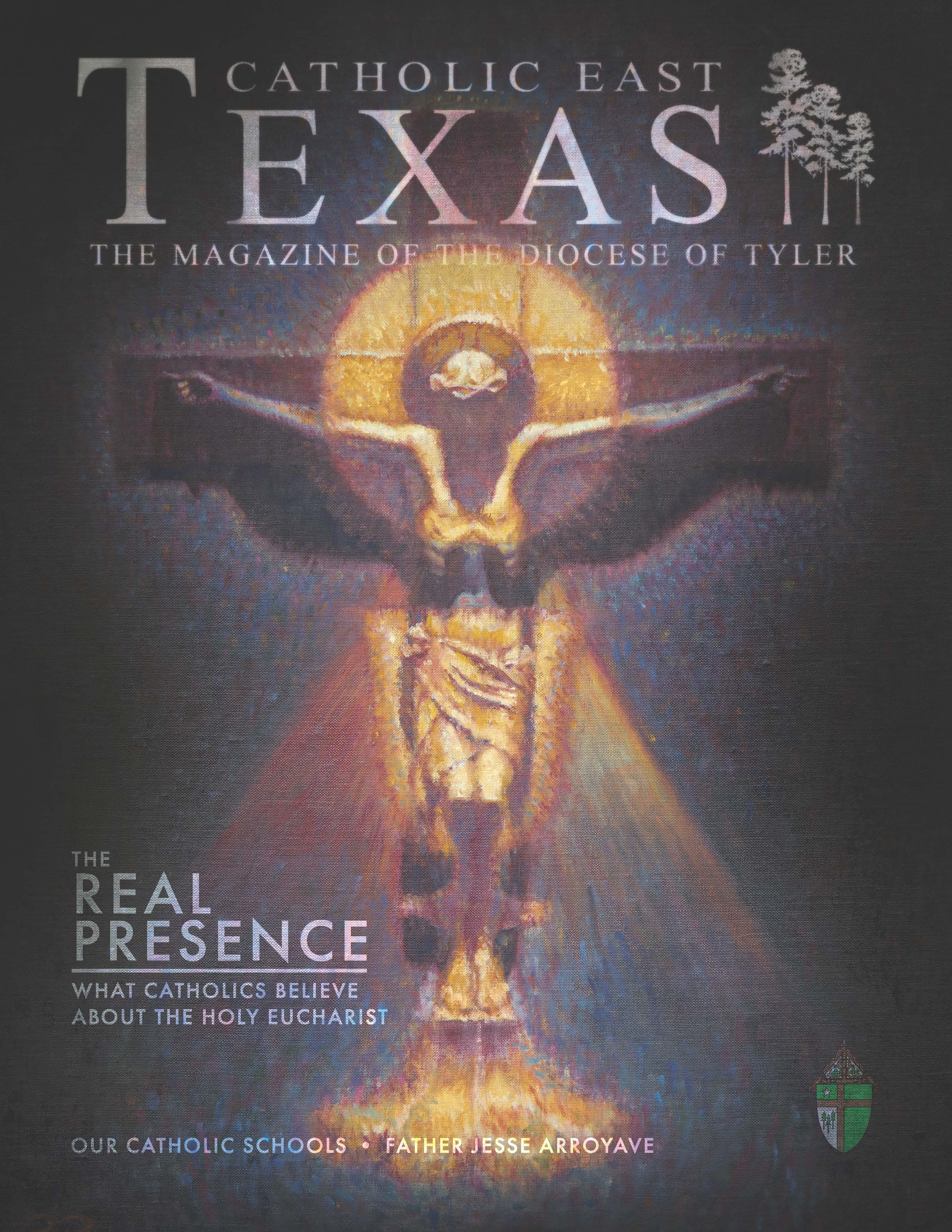 I am a pew-sitting Catholic.Supporting the Mass is something that other people do, for me.I have done a variety of jobs in the Church and volunteered for different things, but none of them have been liturgical.I sometimes wonder what it takes to do these very public ministries in the Church, and what sort of spiritual preparation it requires.I was able to travel to Texarkana to speak with Bill Cork, an instituted acolyte for the Diocese of Tyler, about his experience of serving the Mass and what it has meant for his faith life.

“I was an altar server when I was a boy, and I used to serve daily Mass every summer during my junior high years.It was at 7:30 in the morning and I dreaded it, it was like a chore I had to do,” Bill remembers.“I didn’t know what was really happening, I didn’t know what I was doing or why, but now that I know, I realize what a great gift that was, and how that was part of my own development.”

Bill is a confident person, a husband and father, and a successful businessman.He obviously knows the faith extremely well, and can speak about Catholicism with that same confidence.It was a surprise, then, when he told me about his own Catholic history.

“I fell away from the Church,” he said.“I was in the military, and then I went to college and studied philosophy, and those experiences shaped the way I thought and I fell away.”

Asked how he found his way back, he gives all credit to the Mother of God.

“I kept praying the Rosary,” Bill said.“Even when I wasn’t living as a Catholic, I was still praying, and through the intercession of the Blessed Mother, she brought me back to the Church about 15 years ago.Since that time, I’ve become more and more deeply in love with my faith.”

Moving to Texarkana eight years ago was a watershed for Bill, and started his personal involvement in the liturgy.

“For the first few months, I was looking for a parish home, and I wound up in the chapel of St. Michael’s hospital sitting next to Sister Damien Murphy one morning.She grabbed me by the arm, handed me the Liturgy of the Hours and had me sing it with her.From there, she taught me to fall in love again with the liturgy.”

Morning prayer became a lifestyle for Bill.“For a period of years I went back every day and prayed with her,” he said.“From there I just had to be more involved in understanding and praying the liturgy, and that was what God led me to do.My love of praying the Liturgy of the Hours and attending daily Mass became an exploration of the history of the liturgy.”

“I started reading the early Church Fathers, the history of the Church, and the development and history of the liturgy.I really became connected to the Church tradition going back 2,000 years and what my place as a faithful lay person is in the Mass.” Bill recalled.

Eventually, Bill began to serve Mass at Sacred Heart parish.Asked whether learning to serve the Mass is difficult, he responded, “Not if you love doing it!If you really have a connection to your own personal theology and your own personal spirituality, it becomes an extension of what you are.Once I learned how to serve Mass, it became an opportunity to pray the Mass deeply and personally.When I’m kneeling at the altar at the consecration, I imagine myself with Jesus, dying to this world and being raised up.”

Bill explained how the experience of praying and serving at Mass affects his life outside the liturgy, “That’s what we’re called to do, to be Jesus to the world.To put ourselves into the spiritual dimension of the Mass, we have to offer up ourselves and be willing to die to this world.We have to live as Christ lived.”

I asked Bill whether this meant a huge amount of knowledge was necessary to really enter into the Mass.“No,” he said.“I think people who have never been in a Catholic church before can come to Mass and enter into that mystery if they will open their heart and mind to it.Catechesis and formation, however, is essential to fully draw all of the benefits Christ offers in this wellspring of grace.We can benefit no matter how we come, though, as long as we come with faith.”

“That’s what the world is missing, since in the world everything has to be so obvious and so direct.What Christ offers us in the Mass are these divine brushes with grace.It’s not so obvious.You have to come and actually participate in it to realize what it is.That’s the great gift of the Mass.”