TYLER – More than 1,000 people participated in a Sept. 27 procession for and celebration of St. Michael the Archangel at St. Peter Claver Church in Tyler.

Father Luis Larrea, pastor, said this is the fourth year for the event, which draws people from far beyond East Texas.

“We have a community of people here (in the parish) from the town of La Labor in Guanajuato, Mexico,” said Father Larrea. “The feast of St. Michael is a very big celebration in their town, and four years ago they asked if we could have one here.”

Members of that community have spread the word to others with ties to La Labor, he said, “and now people come from Dallas, Oklahoma, Arkansas and Kansas for this celebration. They come with banners, dancers, bands, everything. It is a very important day for them, and we are very glad to help them celebrate it.”

In preparation for the feast, Father Larrea said, “We in the parish pray a novena to St. Michael.”

The celebration is held each year on the Sunday closest to the Sept. 29 feast day.

Pope Francis Off-The-Cuff: Family Is the Most Beautiful Thing God Made

“The most beautiful thing that God did, the Bible says, was the family,” he said Sept. 26 at the celebration for families on the streets of Benjamin Franklin Parkway.

The Pope voiced his thanks at “the presence of all of you – who are a real witness that it’s worth being a family!” A society “is strong, solid and edified on beauty goodness and truth,” he added.

Pope Francis spoke after intense and often heartrending testimonies of several families from around the globe, who are at the World Meeting of Families, hosted by the Archdiocese of Philadelphia. The city is the last of three that the Holy Father visited during his Sept. 22 to 27 trip to the United States.

In his first leg of his journey, the Pope addressed a joint session of Congress and met briefly with President Obama in Washington, DC. While in New York City, Pope Francis spoke to the United Nations and met with school children in Harlem.

The lively evening in Philadelphia, moderated by actor Mark Wahlberg, was filled with performances by Aretha Franklin and Andrea Bocelli, as well as the city’s ballet company and rock band The Fray.

Families from as far as Nigeria, Australia, Jordan, Argentina and Ukraine shared their respective stories with the Pope, touching on themes that involved war, disability, economic uncertainty, discrimination and the death of children.

Francis embraced and spoke to each one after their testimonies, opting to set aside his prepared remarks when it came time for his address.

“God’s love is so overflowing that it could not be egoistic, it had to be poured out of him,” the Pope said, explaining that this is what prompted the creation of the world. “Family is really family when it is able to open its arms and receive all that love.”

But God “did not abandon them,” the Pope stressed. “So great was his love that he began to walk with humanity, with his people until the right moment and he made the highest expression of love, his own son.”

“And how did he send his son?” he asked. “Through a family.”

The Pope then joked: “sometimes people tell me ‘Father, you speak like that because you are not married.’ Families have difficulties…families, we quarrel. And sometimes plates can fly. Children bring headaches, and I won’t even speak about mothers-in law…”

“In families there are always difficulties, but those difficulties are overcome by love,” he said. “Hatred is not capable of dealing with any difficulty… Only love is able to overcome them.”

Before giving the final blessing, he told the crowds: “we will see each other for Mass tomorrow – wait, what time is Mass tomorrow?”

He then led a prayer to the Virgin Mary and Saint Joseph, invoking them “to help us believe that it’s worth the struggle and the fight, for the good of the family.”

Tomorrow’s agenda for the Pope’s last day in the U.S. includes a speech to the bishops gathered in Philadelphia for the World Meeting of Families, a visit to a correctional facility and Mass downtown.

WASHINGTON, D.C. (CNA/EWTN News) – Pope Francis rose above party politics and challenged lawmakers to a higher standard in his Thursday address to a joint meeting of the U.S. Congress, Catholic members said.

Just “his mere presence” commanded the respect of Congress, said. Rep. Jeff Fortenberry (R-Neb.). “The fact that he is the successor of St. Peter validates the dignity of the institution and commands that everyone rise above petty partisanship and the rancor,” he told CNA.

“This day Congress took a pause from divisions and focused on higher things.”

The Pope called the members to a higher standard of governance, Sen. Tim Kaine (D-Va.) said. “I love the way he set high expectations for us,” he said in a written statement after the Pope’s address.

Thursday marked the first time a Pope ever addressed a joint meeting of the U.S. Congress, and members expressed their awe at the spectacle. The very event would have been “unthinkable” even two generations ago given the history of anti-Catholicism in the U.S., said Dr. Charles Comosy, a theology professor at Fordham University.

“It was really almost unreal to see the Pope walking into the House Chamber,” said Rep. Dan Lipinski (D-Ill.), “coming into the place that I work.” With the audience dressed mostly in dark colors and Pope Francis in white, “it was like he was glowing,” Lipinski added.

Pope Francis’ lengthy address touched upon themes of dialogue and respect for human life, the environment, and the family. He was interrupted repeatedly by applause even after members had been told not to applaud or cheer during the speech.

It was not a partisan speech, noted Rep. Fortenberry, but one “that pointed to the dignity of persons and the necessity of just structures that lead to the well-being of persons.”

“He didn’t come here to talk about whether there should be a capital gains tax increase. He took our own values, and elevated them and made everyone see that the intrinsic values of our country have high moral standing, but we have to live up to that,” she added.

Dr. Comosy agreed. The speech, he said, did not follow “our lazy binary categories of liberal or conservative.”

As an example, he noted the Pope’s praise of Catholic social activist Dorothy Day, who “at once stood unbelievably firmly against abortion and would go to the mat against nuclear weapons and would welcome the poor into her home, a house of hospitality, but would be very skeptical of government programs.”

She does not fit the traditional liberal-conservative mold, and “that’s one reason why he invoked her,” Camosy said.

If viewed purely on the surface, the address could be interpreted as slightly left-leaning, said Dr. Chad Pecknold, theology professor at the Catholic University of America, in the sense that it “seemed to re-order the priorities in favor of what the left has been prioritized most” like care for the environment, immigration, and abolishing the death penalty.

However, he explained, it is in fact neither liberal nor conservative because it is foremost the speech of a pastor. It is up to the members of Congress to make policy from the principles laid out by Pope Francis – care for the human person and the environment and dialogue.

“Republicans on the right who can articulate conservative policy around the universal issues that Pope Francis identifies have the most to gain,” he added.

He “really took in the history of our country,” remarked Rep. Lipinski.

Pope Francis exemplified “the brilliance of the Jesuits,” said Rep. Eshoo, “in this intellect that he has, that he would have taken Lincoln, King, Day, and Merton and woven the thread of each and what they represented to our country.”

By invoking these American heroes, Sen. Kaine said, Pope Francis told America that “you are a great nation and you’ve had great leaders.”

“This is who we are as a people. And in a world that still has huge needs, we have a unique role to do something about it,” he said.

Members were also touched by Pope Francis invoking the “Golden Rule” of “Do unto others as you would have them do unto you” (Mt 7:12).

Pope Francis stated in his address that the rule “also reminds us of our responsibility to protect and defend human life at every stage of its development.” At a press conference later on Thursday, the head of the Holy See’s press office Fr. Fredrico Lombardi emphasized that the Pope spoke for all stages of life including the unborn.

Rep. Chris Smith (R-N.J.) said this defense of human life at all stages, conception until natural death, was “necessary and important.”

The reference to the Golden Rule was Pope Francis “reminding us of our humility, reminding us of our obligations and responsibilities, talking about bringing people together and treating people respectfully,” said Rep. Frank Guinta (R-N.H.). It brought a “very significant reaction” in the House Gallery, he added.

Other parts of the speech touched different members of Congress. Rep. Fortenberry especially liked Pope Francis’ defense of the family.

“You can’t concentrate power in Washington and Wall Street and expect to have a healthy nation. It’s the other way around,” he said. “It begins with the most intimate form of community, which is the well-being of the family.”

Others saw the speech as a call to service. “He called us to selfless service, reconciliation,” said Rep. Smith, as well as “dialogue,” all of which is “much needed in modern society, especially in Washington.”

For Rep. Eshoo, her takeaway was that “we are servants,” and that “the closer you are to people, the more you will see the face of God.”

After the speech, Rep. Lipinski saw more clearly the connection between his Catholic faith and his job as a lawmaker, to “take care of every single person.” He said he hopes he lives up to this every day.

Rep. Randy Hultgren (R-Ill.) is not Catholic but “appreciated” Pope Francis’ plea for Americans to see humanity in refugees, as the world faces the largest refugee crisis since World War II.

He brought up the fact that many religious minorities are persecuted around the world and suffer from lack of religious freedom, whom “we need to protect around the world” and “treat them as we want to be treated.” 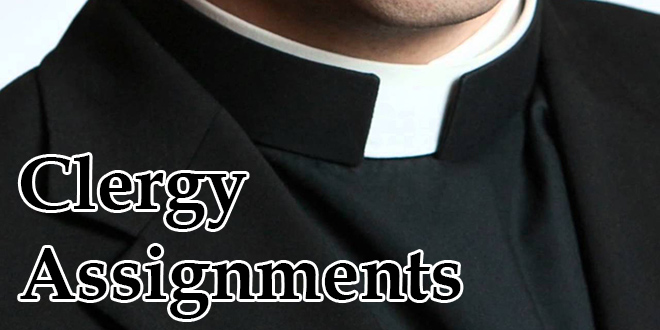 Bishop Joseph E. Strickland has announced the following assignments for priests of the Diocese of Tyler.

The assignments are effective on the dates indicated below.

Very Rev. Anthony McLAUGHLIN as pastor of Mary Queen of Heaven Parish, Malakoff (and continuing as Vicar General of the Diocese of Tyler). 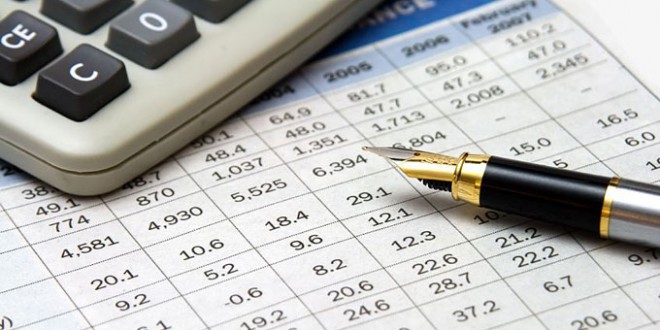 The Diocese of Tyler Office of Finance will host two seminars to help parishes with year-end accounting and financial work.

The sessions will be held on Oct. 20 and Oct. 22 at the Diocesan Chancery in Tyler; parish representatives may attend either session.

There is no charge for the workshops and lunch will be provided.

Topics covered will include:

Registration is available online at: https://dioceseoftyler.formstack.com/forms/finance2015

Attendees can also print and fax the registration form (below).

For questions or more information, contact This email address is being protected from spambots. You need JavaScript enabled to view it..