Msgr. John Brennan, One of Diocese’s Original Priests, Dies at 91 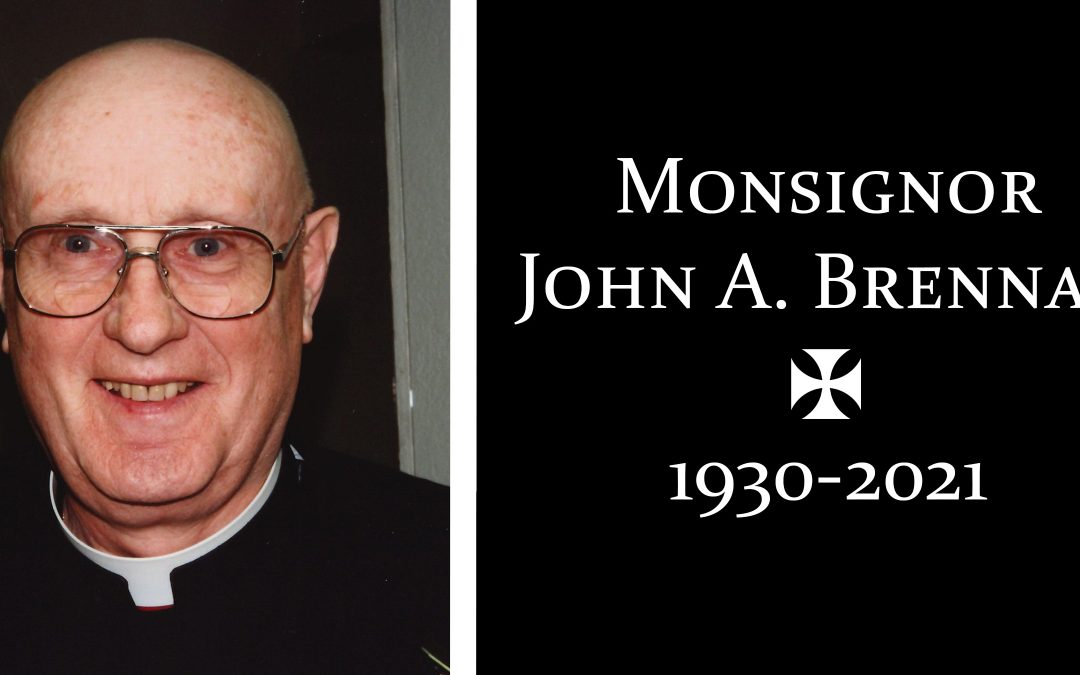 Monsignor John A. Brennan, one of the original priests of the Diocese of Tyler and a former vicar general of the diocese, passed away on September 20, 2021, at Padua Place in San Antonio. He was 91.

Visitation, including the Office for the Dead and a Rosary, will be held on Sunday, September 26 at 6 p.m. at Stewart Family Funeral Home in Tyler. The Funeral Mass will be celebrated by Bishop Joseph E. Strickland on Monday, September 27 at 11 a.m. at the Cathedral of the Immaculate Conception in Tyler; Bishop Edmond Carmody will be the homilist.

Brennan was born in Waterford, Ireland, on April 5, 1930, one of eight children of the late John and Bridget Grace Brennan. He studied at St. John’s College in Waterford and St. Patrick’s College in Carlow. 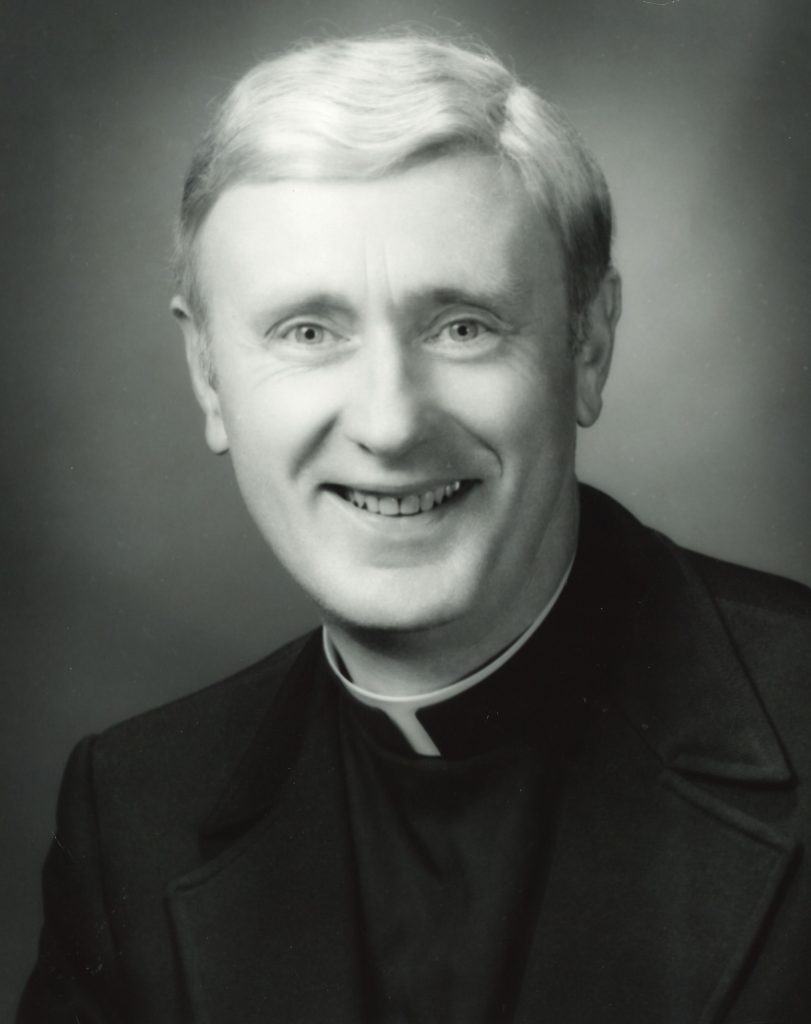 He was ordained to the priesthood on June 10, 1956, for the Diocese of Dallas-Fort Worth, coming to the United States to serve due to the shortage of priests.

In 1995, Father Brennan was named vicar general of the diocese and chaplain at Mother Frances Hospital in Tyler. In 1996, he was named a Prelate of Honor by Pope John Paul II and given the title of “Monsignor.”

In his final assignment before retirement, Brennan served as pastor of St. Jude Parish in Gun Barrel City from 2002 to 2007.

Msgr. Brennan served on the College of Consultors, Presbyteral Council, was an auditor for the diocesan marriage tribunal, served as chaplain to the Diocesan Council of Catholic Women, and was Dean of the East Central Deanery.

In remembrance of Msgr. Brennan, charitable donations may be made to Catholic Charities – Diocese of Tyler, P.O. Box 2016, Tyler, Texas 75710. 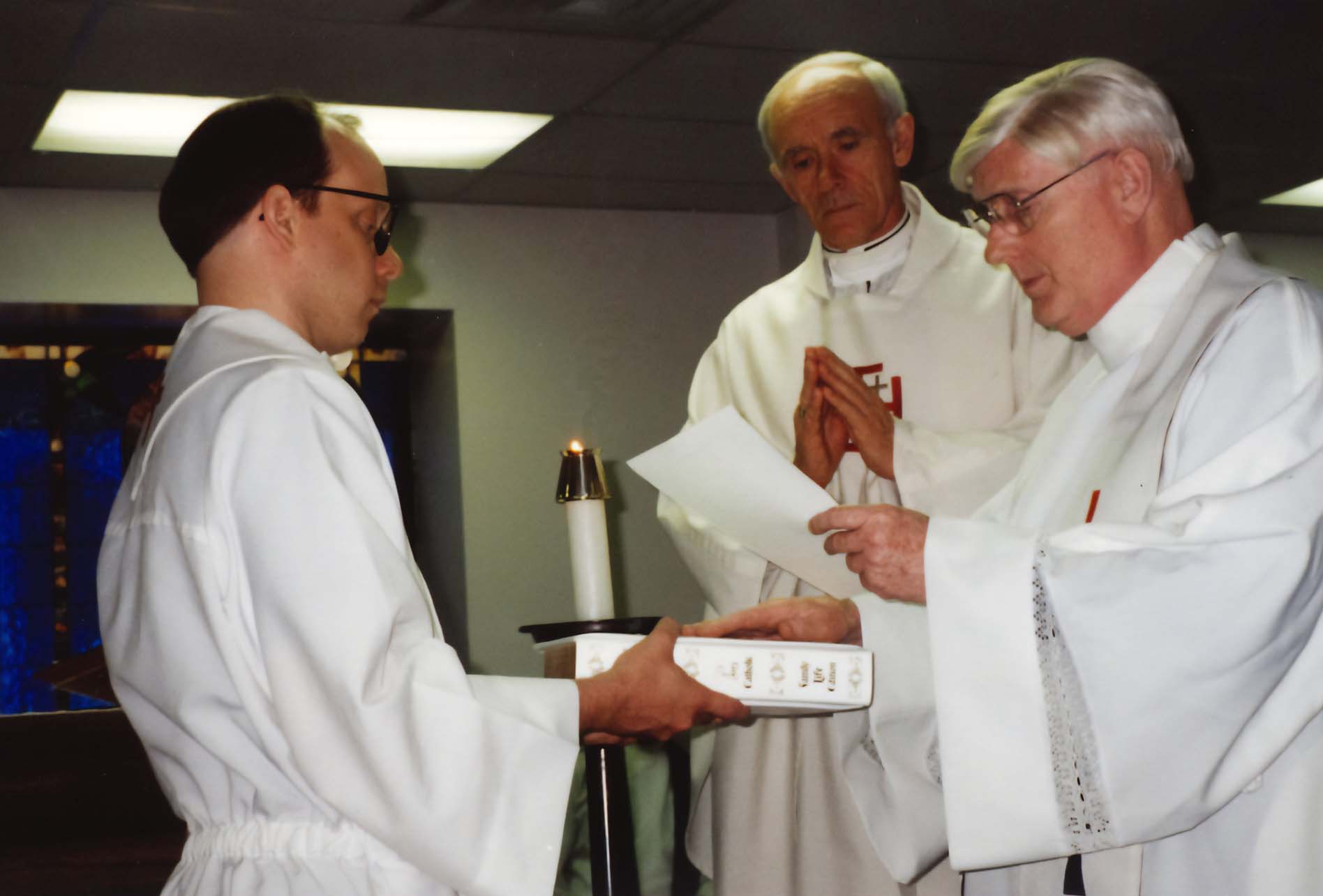 Msgr. John Brennan taking the oath of office as vicar general of the Diocese of Tyler in 1995 with Bishop Edmond Carmody and Father Gavin Vaverek.

Paris - Our Lady of Victory

Jacksonville - Our Lady of Sorrows
No event found!
Load More