The Church of Jesus Christ in Northeast Texas

The Diocese of Tyler

Recognizing the growth of the East Texas region, the Diocese of Tyler was established on December 12, 1986, by an Apostolic Bull of Pope St. John Paul II. The new diocese was created out of territory from the dioceses of Dallas, Beaumont and Galveston-Houston.

The diocese includes 33 counties and 23,443 square miles of Northeast Texas. The territory is divided into 52 parishes and 14 missions. The total population of the diocesan territory is approximately 1.5 million, of which about 130,000 are Catholic.

As of 2020, about 70 priests were in active ministry in the diocese with another 10 serving outside the diocese and 10 retired. There are also 97 permanent deacons in the Diocese. Fourteen men are studying for priesthood for the diocese. Four Catholic Hospitals and eight centers for social services are located within the diocese, along with four Catholic schools.

The first Bishop of Tyler was Charles E. Herzig who was ordained concurrently with the canonical erection of the diocese on February 24, 1987. Bishop Herzig died in office on September 7, 1991.

On March 24, 1992, Bishop Edmond Carmody, an auxiliary bishop of San Antonio, was appointed Bishop of Tyler and was installed in May of the same year. Bishop Carmody led the diocese until March of 2000 when he was transferred to Corpus Christi by Pope John Paul II.

In December of 2000, Bishop Alvaro Corrada del Rio, SJ, at the time auxiliary bishop of Washington, D.C. and Apostolic Administrator of Cauguas in Puerto Rico, was named Bishop of Tyler and he was installed on January 30, 2001.

After ten years in Tyler, Pope Benedict XVI transferred Bishop Corrada to the Diocese of Mayaguez in Puerto Rico, on July 6, 2011.

On September 29, 2012, Pope Benedict XVI appointed Msgr. Joseph E. Strickland as the fourth Bishop of Tyler. He was ordained on November 28.

What is a Diocese?

A diocese is the local Catholic Church, a miniature of the Universal Church, and full expression of Roman Catholic Christianity in a given area. Though sometimes seen only in its administrative sense, the authentic Catholic understanding of a diocese is pastoral. It is the people who comprise the Catholic Church in a particular geographic area.

Also called the Particular Church, a diocese is defined in canon law as “a portion of the People of God, which is entrusted to a bishop to be nurtured by him, with the cooperation of the presbyterium [clergy] in such a way that, remaining close to its pastor and gathered by him through the Gospel and the Eucharist in the Holy Spirit, it constitutes a particular Church. In this Church, the one, holy, catholic, and apostolic Church of Christ truly exists and functions.”

Administratively, dioceses usually follow local boundaries such as counties, and they generally center on a prominent city within that territory. A diocese also is sometimes called a See, a term linked with the official seat of the bishop and referring to his territory or charge.

Gradually, as the Church grew even more, the bishop’s area of leadership became known as a diocese, a term then used for the administrative county-like districts of the Roman empire. Today, the term is used not only in the Roman Catholic Church but in Eastern Orthodox Churches, Anglican/Episcopal Churches, some Lutheran Churches, and a few other religious groups.

Within the Roman Catholic Church, dioceses arc autonomous churches limited only to the authority of the Pope or ecumenical councils, and cooperating through national conferences of bishops. Dioceses also group together as Provinces, such as the Province of New York with the Archdiocese and the seven other dioceses in the state. The Metropolitan Archbishop has a position of honor and some limited appellate authority with the province.

In the United States, the first diocese was established in 1789, at Baltimore, following the practice of colonial Catholics being linked with bishops in England, France, and Canada. In 1808, four additional dioceses were created in Boston, Philadelphia, New York, and Bardstown, KY. The Diocese of Albany was created in 1847. The Diocese of Ogdensburg was established by Pope Pius IX on February 16, 1872. 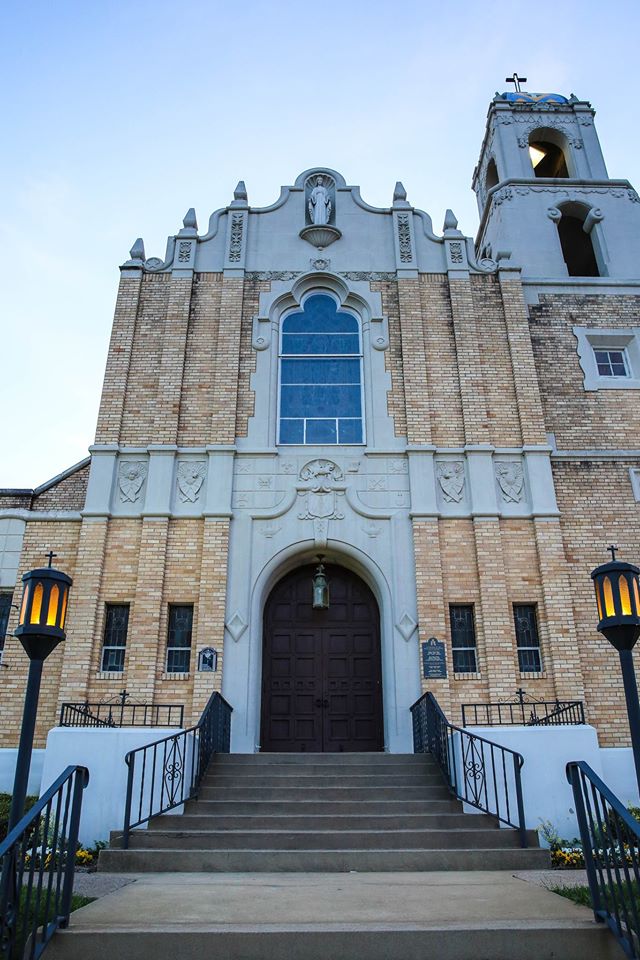 The Cathedral of the Immaculate Conception in Tyler is the seat of the Diocese of Tyler, the central church for Catholics in East Texas.

The Texas counties in the Diocese of Tyler are: