Torres Ordained to the Diaconate in Rome 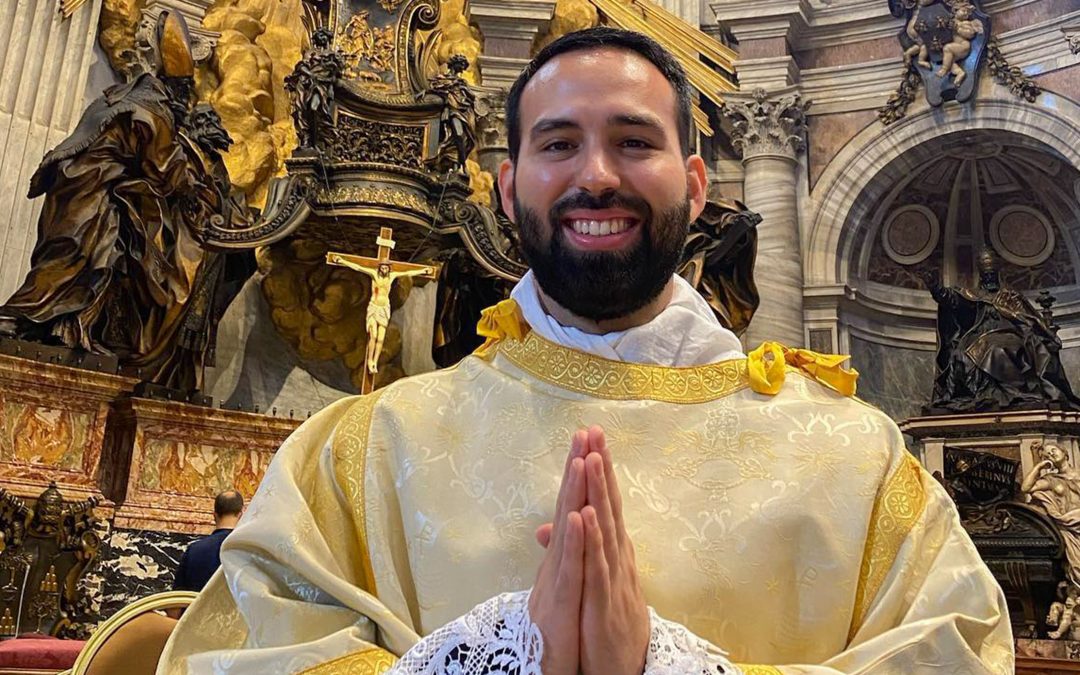 Mario Torres, a seminarian of the Diocese of Tyler studying at the Pontifical North American College, was ordained to the transitional diaconate along with 19 classmates during a celebration of the Eucharist on Sept. 30 in Rome.

Cardinal Wilton Gregory, Archbishop of Washington, D.C., was the ordaining prelate at the Ordination Mass, celebrated at the Altar of the Chair of St. Peter, in the Papal Basilica of St. Peter in the Vatican.

In his homily, Cardinal Gregory pointed out that although the first deacons of the Church did not have to go through years of formation and pass exams in Scripture, Moral Theology, Church History, and Liturgy, deacons then as now were required to “demonstrate by their lives that they were men of integrity, responsible, holy, and trustworthy.”

He emphasized that “public ministerial office for people of Faith is no casual undertaking – for the ancients and most certainly not for us.” With that in mind, he affirmed that the Church has always held its clergy to high standards of holiness and personal responsibility. However, Cardinal Gregory also admitted that no prospective deacon is perfect: “[These ordinandi] are not perfect – perfection has never been a condition for ordination to any office in the Church. In fact, the Church consciously chooses men who may have flaws and weaknesses because God’s grace works most effectively, as Saint Paul wisely reminded the Corinthians, in weakness so that God receives the glory rather than mere mortals.”

Finally, Cardinal Gregory exhorted the new deacons to always put into practice the diaconal ministry of charity: “To be a deacon must first of all be an indication that you are a man of charity – real and heartfelt compassion and concern for the poor, the neglected, and the marginalized members of our world. A deacon without a heart for charity will be a hollow and worthless sign.”

During the ordination, the new deacons promised to live a life of prayer, celibacy, and obedience to their diocesan bishops. The new deacons will have an additional year of theological studies and spiritual formation before being ordained to the priesthood in their home dioceses. They now join the 11 members of their class who have already been ordained transitional deacons in the preceding months.

The Pontifical North American College serves as the American seminary in Rome. Founded in 1859 by Blessed Pope Pius IX, the college has formed over 5000 priests near the heart of the Church for service in dioceses around the United States, Canada, and Australia. The College strengthens the bonds between Rome and local Churches worldwide, and it allows its students to study the Church’s rich religious and cultural heritage at close range.

Paris - Our Lady of Victory

Jacksonville - Our Lady of Sorrows
No event found!
Load More